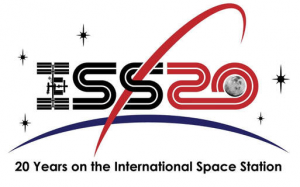 November 2, 2020—Today represents the 20th anniversary of continuous crew operations on the ISS. On behalf of the ARISS International Team, we would like to extend 20th Anniversary Greetings to all five ISS space agencies (NASA, Roscosmos, ESA, CSA and JAXA), to all the astronauts, cosmonauts, and private explorers that visited or had extended stays on ISS, and to the international ground operations team. We thank you for allowing ARISS (also known as ISS Ham Radio) to be part of your journey of exploration and discovery!  And we look forward to continuing the ISS journey with you in the future! 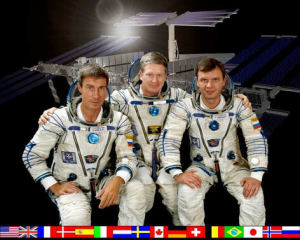 Just a few days after the crew arrived, they set up our first ISS ham radio system.  It was installed in the Zarya (FGB) module and consisted of an Ericsson Handheld radio, Packet/Power supply, Headset and interconnecting cables developed by the USA and Russian teams. For transmissions, ARISS Russia team member Sergey Samburov brilliantly worked with his Russian colleagues to acquire use of a VHF antenna in Zarya previously employed for docking and no longer needed. The installation of the ISS Ham Radio is briefly described in the Nov 10, 2000 Expedition One Status Report:

The Expedition One crew spent a relatively quiet day today aboard the International Space Station (ISS) as they prepare for the arrival of an unmanned resupply craft late next week.
…..
The crew will be given three days off Saturday, Sunday and Monday to relax following a busy period of activity since launch on October 31. The only significant activity on tap for Saturday calls for the crew to begin the setup of ham radio equipment in Zarya. ISS crews will use that gear to talk to schools and other ham radio operators throughout the world as they orbit the Earth.
*****

After station setup on November 11, first operations of the ARISS ham radio system started on November 13, 2000, just 11 days after the Expedition One crew arrived.  Thus, November 13, 2020 represents the 20th Anniversary of continuous operations of the ARISS ham radio system on ISS.  ARISS plans a year-long celebration of our 20th anniversary.  Please watch this web site often for celebration blog messages, historical milestones and special events that we will be conducting over the year. 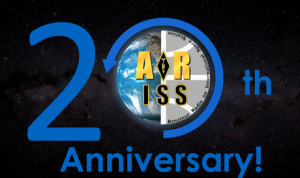 NASA is also celebrating 20 years of ham radio on ISS through this infographic.

Before I close this blog note, I would like to share with you one of my favorite photographs taken from the ISS.  See below.  What a beautiful sunrise shining over the Earth and illuminating the Zvezda module on ISS!

But wait!  There is more!!  The Zvezda module is where one of the two ARISS radio stations is located on ISS.  (The other is in the European Columbus module).  If you look closely at the end of Zvezda and approximately pointing at the Sun, you can see one of the four ARISS antenna systems that are mounted on Zvezda.  All developed by volunteers.

What an inspiring photo!!

As we approach our 20th anniversary, I would like to extend my heartfelt thanks to our entire ARISS international team.  You volunteer for our youth, for ham radio worldwide, and to further the ideals of Ham Radio in space.  What a phenomenal team!! 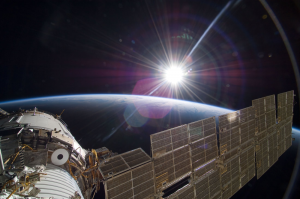